Good morning and welcome this week’s Six on Saturday.

Well Storm Ali certainly had a bit of bite to it on Wednesday. My garden survived relatively in tact. A couple of plant pots got blow over and my Dahlias suffered some wind burn. I was off yesterday and spent most of it tidying the garden up and taking more cuttings from succulents. This weekend I will be starting to plant up planters with spring bulbs.

Here is my SOS.

This photo was taken before the Storm on Wednesday and as you can see this Dahlia has been prolific this year. To be honest my Dahlias have been a pretty mixed bag this year. Some have performed well and others have been a disaster. I have already put my order in next year and in the next few weeks I will be filling up my new Dahlia bed. I am just waiting for the leaves to start to fall to make some leaf mulch.

One of the casualties of the wind was Dahlia Checkers which was in a large plant pot on top of some sleepers. It took a bit of a battering so I have decided to store the tuber earlier than usual. This was a new plant this year from Pheasant Acre Plants. As you can see by the size and health of this tuber this plant has been one of the show shoppers in the garden this year. I only haveq 2 Dahlias left in the garden now but both are still hanging in there.

This photo was taken in yesterday’s fading sunlight. I have taken a few Aeonium cuttings and most are starting to root. It is going to be interesting to see how some of the Aeoniums manage a Northumberland winter but they should be ok as the garden is pretty sheltered. 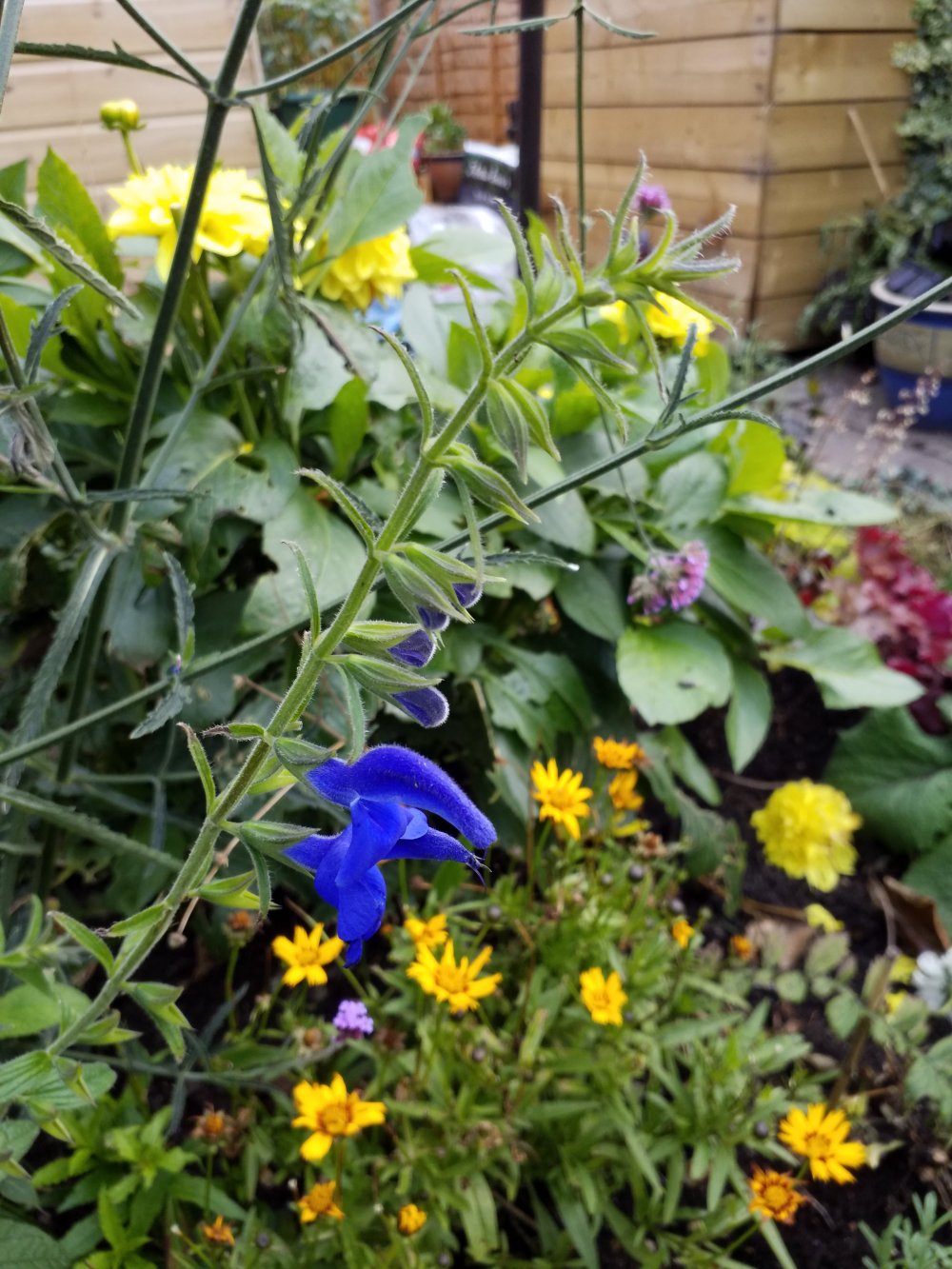 This is a lovely coloured Salvia. I bought this for £1.99 at a garden centre near Scarborough at the end of July during the drought. Over the past few weeks it has quadrupled in size thanks to the rain. I like the colour of its flower. It is called deep blue but it looks more like an electric blue to me. 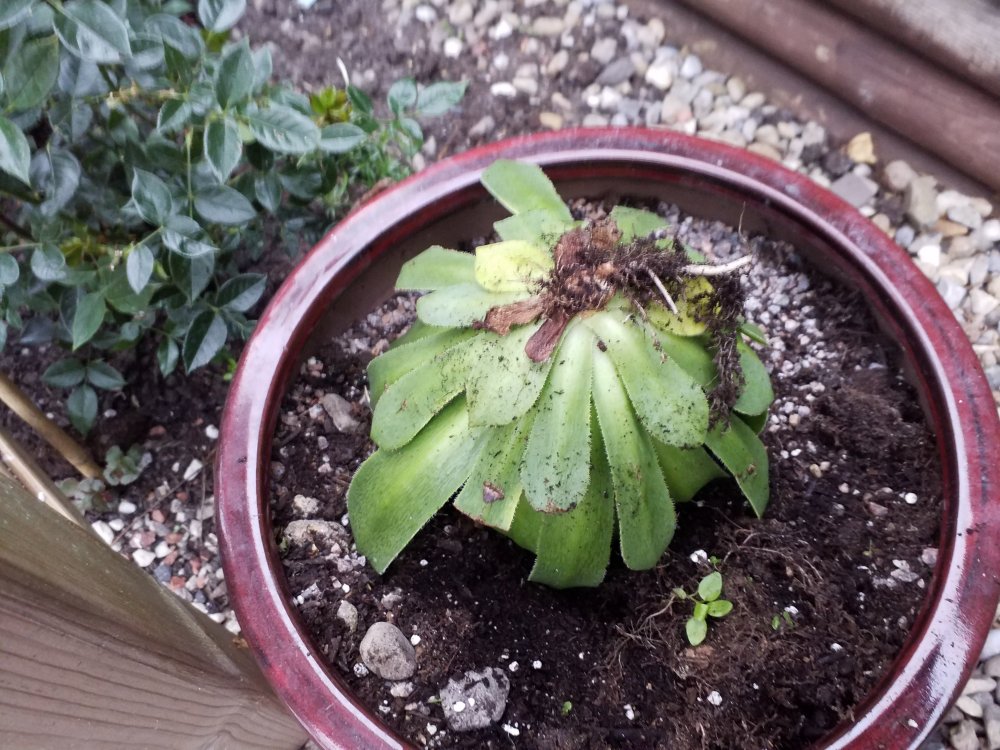 This is a new cultivar from 2016 and as you can see from the first photo it was looking health and vibrant until Storm Ali and I got my hands on it. It took a lot of a battering and was leaning a bit. Thinking the rootball had partly came out (I had recently plantEed it) like a plum. I tried to yank it out with my hands, I am sure you can guess the moral of the story ALWAYS US A TROWEL. I have replanted it and hopefully it will root again.

Thismbundle of joy arrived this week. No point keeping then hanging around so these will be planted this weekend. I will be using 2 different kinds of tulips per big pots and if I have any large pots left I will just have to buy some more tulips! No point them must sitting there doing nothing is there.

That is my SOS for this week. It looks like today is going to be the best day of the weekend so I will make the most of it and start in the garden early.

As always to find out how six on Saturday works please follow the following link The Propagator. The don of six in Saturday.