After seeing RHS Harlow Carr on Gardeners World once I added that on my bucket list of gardens to visit.

As I was off this week I decided to go down yesterday. I had chosen a good week because the garden was 70 last weekend and they had a party which was attended last Friday by another K Alan Titchmarsh.

My first impressions was I was a little bit underwhelmed (am I allowed to say that about a RHS garden?). We turned left when we came out of the entrance and headed to the library. The main problem I had was the amount of lawns there was and planting seemed to be sparse amongst the borders. It doesn’t help that I have a high benchmark because I am a big fan of Branklyn Gardens in Perth. I also like my borders to be bursting with plants as you can see below with the picture of my main border.

We headed up to the library and education centre and I was struck by the lack of bees and insects amongst the flowers. However my concerns were short lived as we walked past a blanket of Nepeta which were dripping with bumble bees. Strangely though when we walked to the nectar border in the education area I never saw one bee. The education area was nice with a area to teach children about hedgehogs, a wildlife pond and a vegetable garden with green house.

There was a area when they had 25 Clematis’s in pots and they were asking people to vote for there favourite by writing the no on a piece of paper and putting it in a box. My favourite was Clematis Corrine.

We then walked down towards a bridge over a stream and followed the path towards the Betty’s Tea Kiosk. To start with the planting was sparse again and there seemed to be a lot of young planting. Gradually the planting got more denser and I was particularly struck with the Hosta’s, Primroses, Actae and Rodgersia Chocolate Wong on the banks of the stream. It then became apparent that Hosta’s were a big part of the garden with huge untouched clumps of many different kinds. My favourites was American Halo and Tea at Betty’s. We them came across a whole border of Primulas which was stunning. 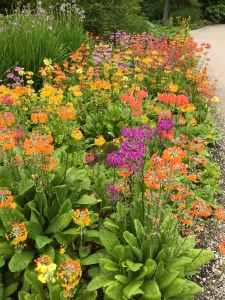 We them stumbled across 2 small doors which I guess was for the pixies and fairies to come out at night. Conveniently they were opposite the public toilets as well

After a tea and scone we headed up the hill to the Alpine House. We walked through a well presented vegetable garden them turned left to the scented garden and the perfume hit is as soon as we entered. With a honeysuckle and Rose directly opposite the entrance. The garden was bursting with plants. With many shrub roses dotted around the borders and we took our time in there soaking up the perfume.

We them walked a short difference to the Alpine House and all I can say is Wow! What a place. The planters are all made of course of proper Yorkshire stone I presume and there was a huge stone birdbath which was a rock with a bowl carved out of it 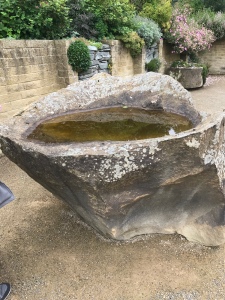 The back wall of the area was well built and was full of plants. There was 3 ladders of Tufra running down the wall which had many varieties of Saxifraga and Draba and was a nice touch 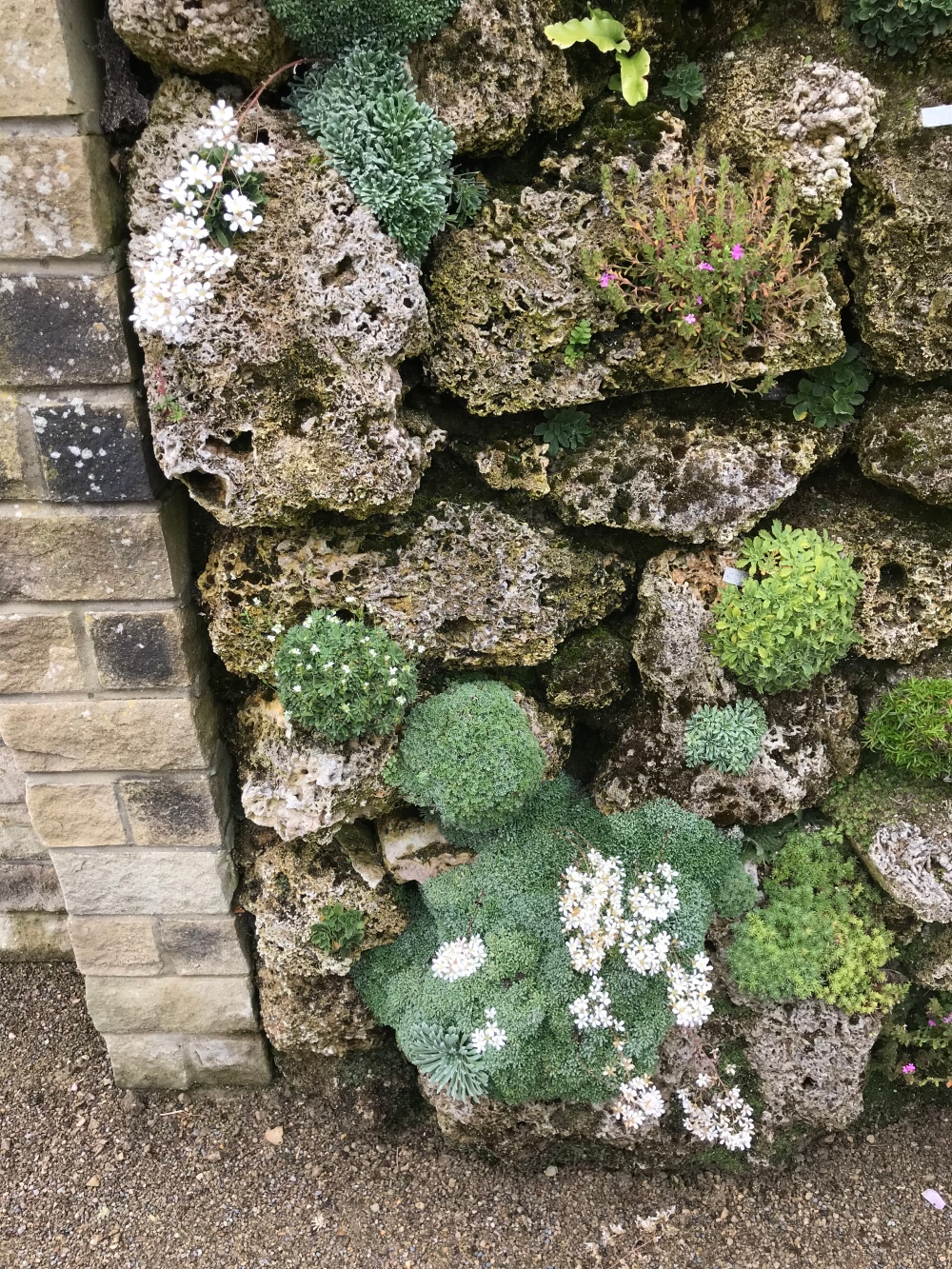 We then went into the Alpine house itself and to say it was impressive and well built would not do it justice. All the displays were built with Yorkshire stone and were 2 tiered. Every single plants was a beacon of health and vitality and rather pleasingly there were also many pots of Sempervivums and Sedums. 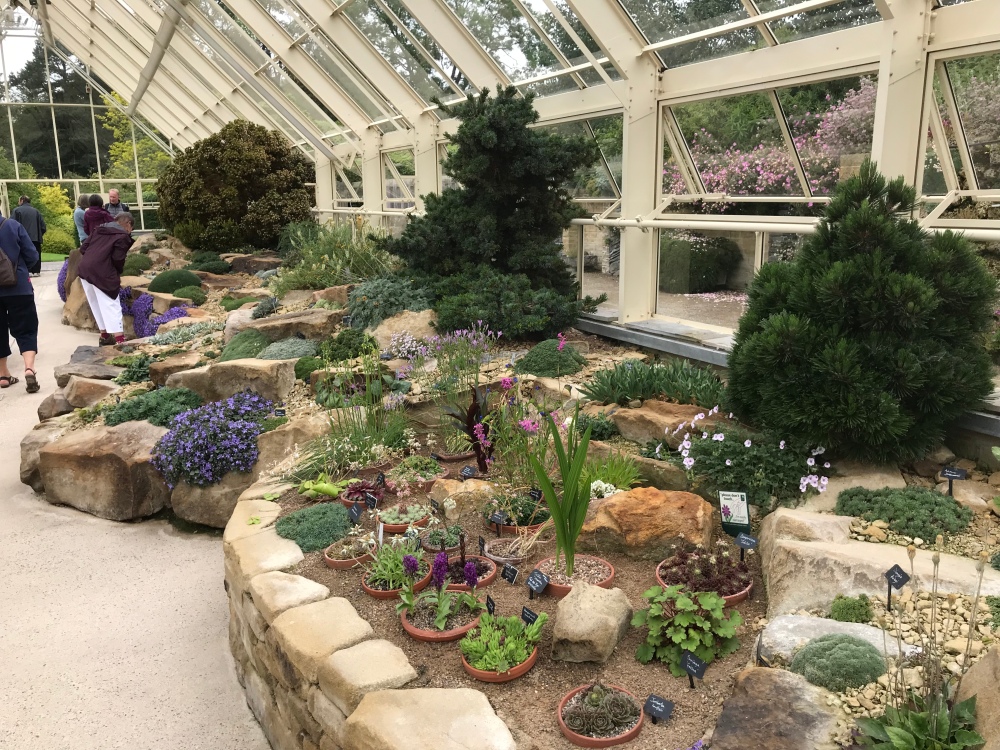 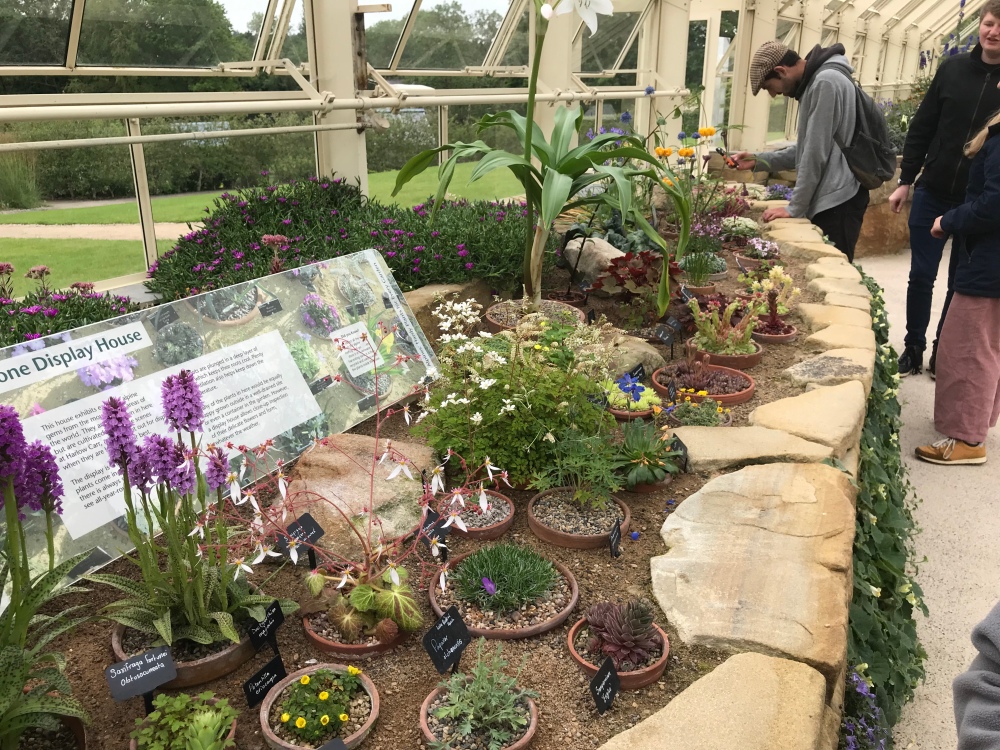 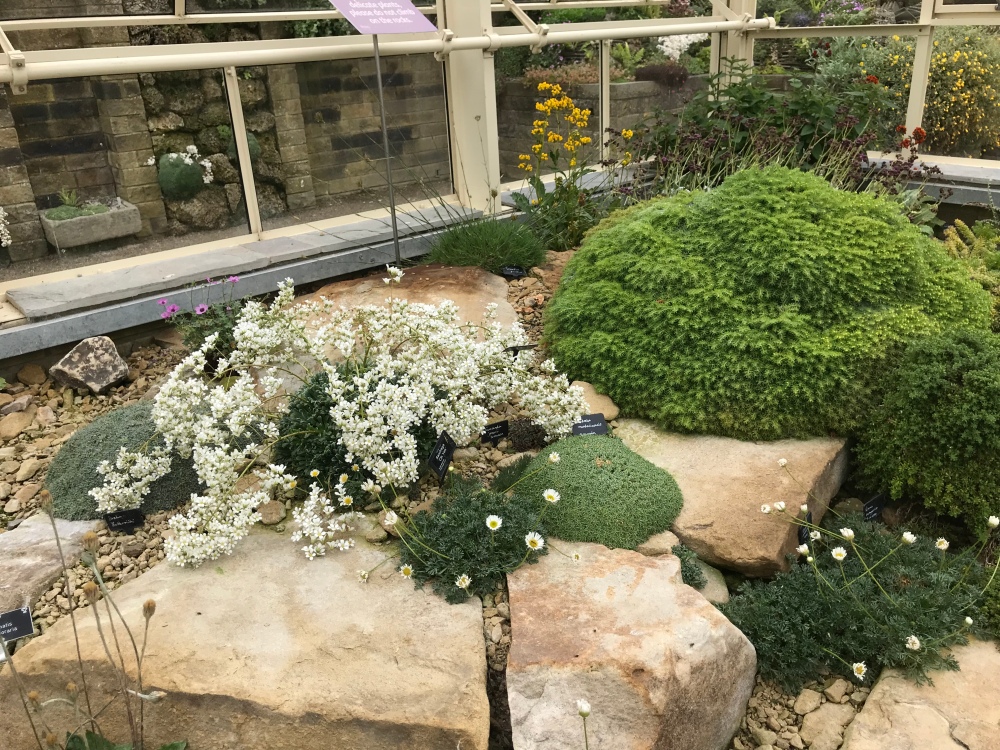 I spent loads of time in here and could have spent more. I will be going back here no doubt.

Next there was a bed dedicated to trialing Geums. Apparently there has been loads of new Geums cultivated over the last 7 years with one nursery in Cumbria introducing over 60 new varieties over the past few years East of Eden. No doubt I will be ordering some Geums from here soon.

Lastly we walked through the shop and as I expected all the plants were expensive and I had already schooled myself on not buying big plants. So I bought some Alpine plants which were 6 for the price of 5. I only bought 18 plants but as a say Alpine plants are not proper plants as they are to small. Also if I had went for the big plants I would have only ended up with 3.

I took then out of the car today after leaving them there overnight and learnt a valuable lesson. Don’t leave well watered plants on a cardboard box to long!

Thankfully all plants were unharmed. I have planted all the Sempervivums into existing troughs or small terracotta pots and planted up a pot of Thyme and mini Dianthus.

In the end I really enjoyed the trip to Harlow Carr and of you are in North Yorkshire I thoroughly recommend it. Just be patient when you walk around it and head right instead of left out of the entrance first.