Hello and welcome to this weeks SOS.

Well after a reflective Six on Saturday this week has been more positive. Weather wise this week has actually been pretty decent. Cold and damp during the night but we have had a 3 days of sun. I spent most of last weekend checking some of my succulents for bugs and rot. Whilst I was at it I reported some and swapped some of my “specimen” plants that I have in the house with the ones that were in the cold frames. This is because the ones in my Bedroom are North facing so they were looking a bit dull. The cold frames are South Facing.

I think this one is Salmon Baby but not till 100% sure. Anyhow this is the only Nasturtium that has grown this year. I haven’t sown any this year and even though the Salmon Baby seeds I sowed last year did not flower. As you can see there must have been a dormant one. I know sometimes use superlatives in my blog to describe things but I can’t actually think any words how describe just how huge this plant is. It is massive and has several tendrils that are gently going across other plants. As you can see it has climbed up the trellis where one of my climbing roses and honeysuckle is and this tendril is about 7ft long. I think it is this size because it is the border that is pretty fertile because I used a lot of compost in it and it is North facing so probably is looking for the light. Hopefully it will self seed and repeat this spectacle next year.

I wrote featured this in the summer. I called it Texas because I bought it from Homebase for a fiver. It has been spectacular this year but I think due to all the rain we had all Hydrangeas have been spectacular. I did write that I was disappointed that it does not attract a lot insects but I have decided to give it a stay of execution as some of you have pointed out that some insects like to sun themselves in the flowers.

One good thing about dark Autumn nights is that you can make plans for next year. This fast growing succulent is easy to grow and propagate. I was in a Garden Centre in the Clyde Valley last week and picked up a large ceramic hanging basket which I will plant up with this plant next year. As I said they are fast growing but do get leggy but all you have to you is take cuttings and push back into the soil and they will produce roots fast. 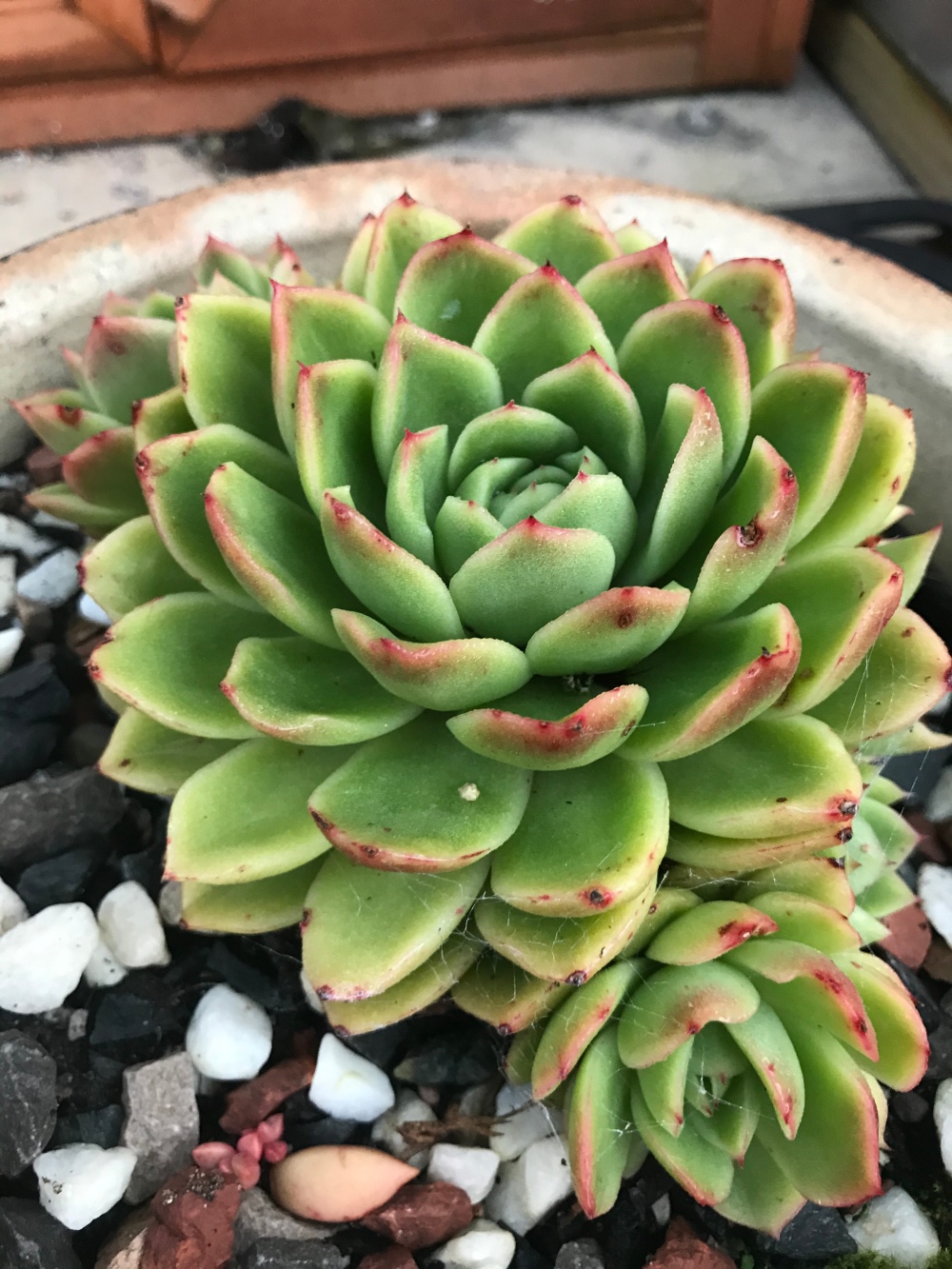 I was not going to feature very many succulents this week but half way through writing this it looks like work is going to be busy this weekend so I will not have time to take more photos so I have had to use a couple of stock photo’s.. This is one of my favourites. It is pretty hardy and will stay outside most of the time during winter on a South facing window the leaves are starting to close up and change colour and soon it will turn a wonderful glittery sheen.

This caught my eye in the back border. The plant produces spikes of small white and baby pink flowers in the autumn. As you can see the seed head is a mixture of dark pink and purple. Unfortunately I am not a collector of seeds at the moment. so this will be left to the elements.

A lovely medium size Aeonium with green silvery spongy to the touch leaves. I have put all my Aeoniums in cold frames but as they like the damp autumn weather I leave the top open at times because autumn is a growing season for Aeoniums. They don’t grow as they do in Spring but it is an important part of the year for them.

It is a working weekend for me and as I mentioned earlier I could be busy so gardening opportunities will be scarce.

Until next week goodbye