Hello and welcome to this weeks Six on Sunday.

At this time of year it gets increasingly hardIf you want to write one it is not that difficult. As always to find out how six on Saturday works please follow the following link The Propagator. The don of Six on Saturday. to producer these blogs because of the shorter days so photo opportunities are limited but I have as you would expect at their time of year. I have not decided if the weather is a little bit milder for this time of year or just normal but we have just had 1 light frost this year which TBH is not unusual living on the coast. , even if I do love in the North Sea coast.

Thankfully I am off in 2 weeks time and I am staying at home mostly so I have made mental notes of what needs to be done.

Her is my Six.

I bought 3 Meconopsis last spring and was not sure if they would grow or not in my garden because the soil is pretty neutral but the nursery man insisted me that they would be alright and as you can see he was right. Roll on late Spring. 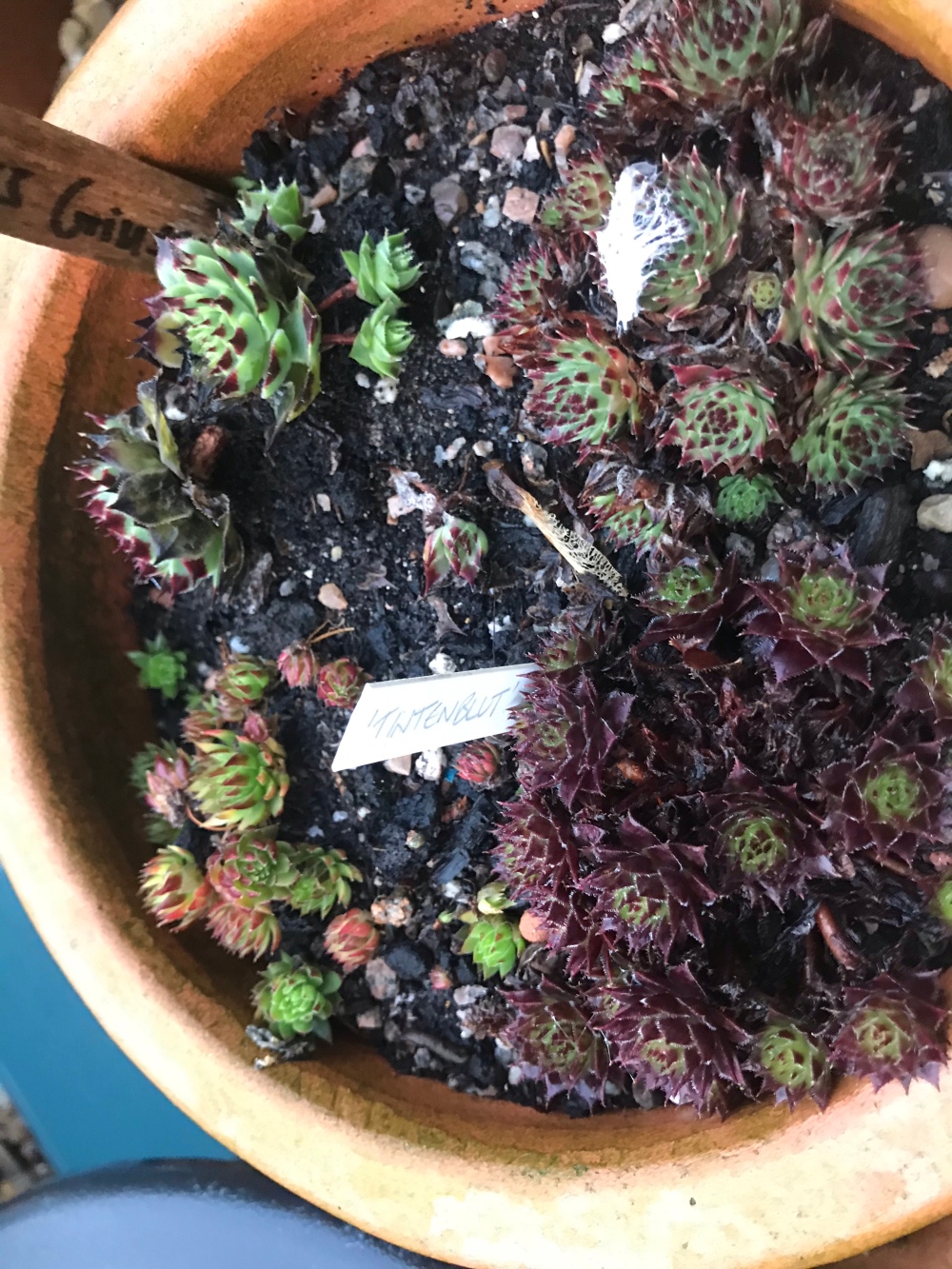 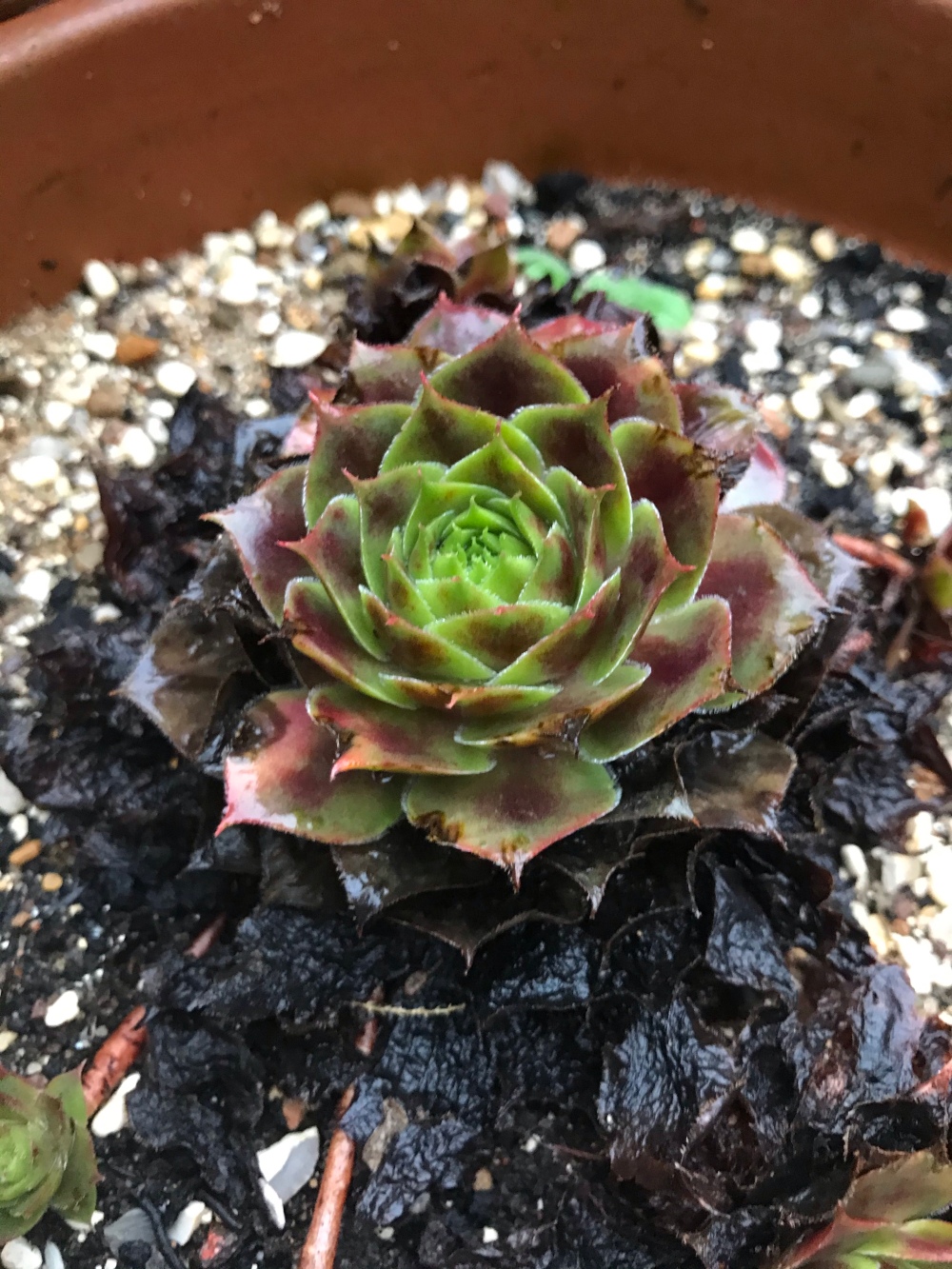 As you can see at this time of year Sempervivums start to shrivel up and shed some of their outer leaves. It does look pretty brutal but this is purely to help them survive the damp. They should start perking up next February and come the end of April will be the most vibrant plants in the Garden. 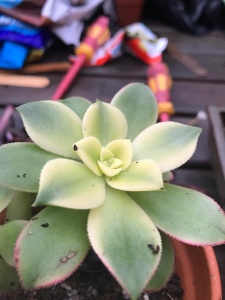 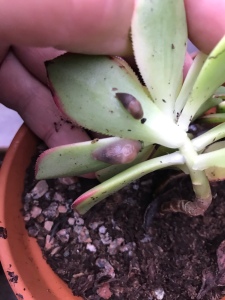 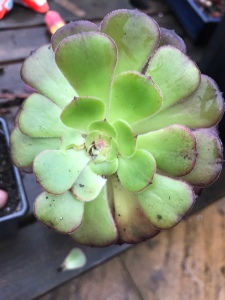 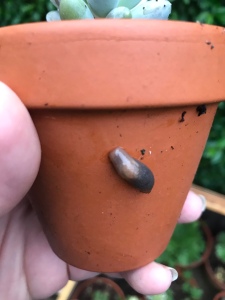 Aeoniums do most of their growing in the Autumn and Spring and look their best but you need to look out for small slug and snails nibbling away at new growth. The Aeonium Kiwi at the top has thankfully escaped any damage but it had a couple of visitors that was swiftly dispensed. The Aeonium Pygmae was not sure lucky. Hopefully It should be ok. I have moved it from a cold frame I only check once a week to one that I check most days and have put it on metal racking and not the ground. 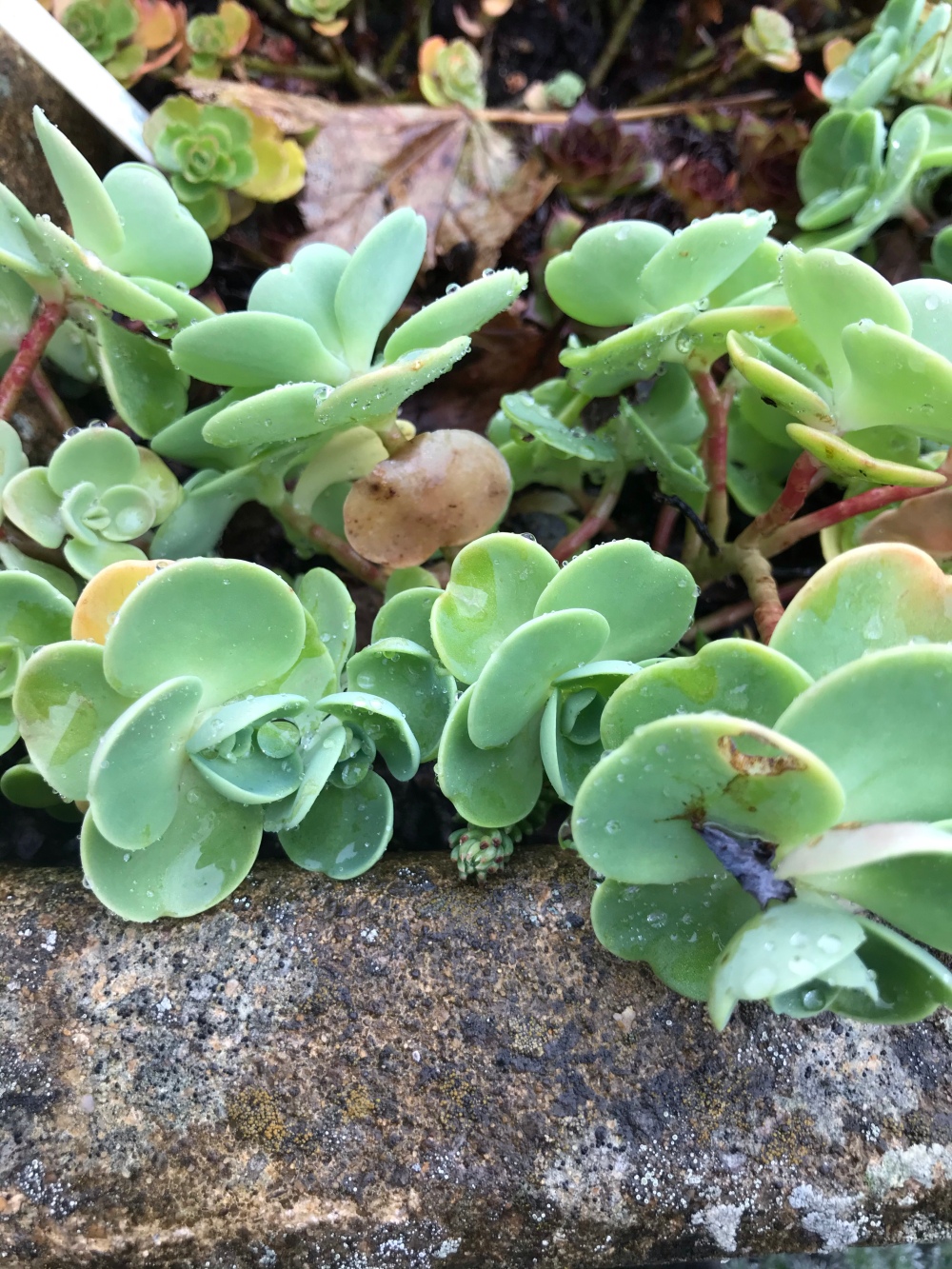 I have not featured this Sedum before as it has not really done much but as you can see it is starting to show promise. Known as the cliff dwelling Stonecrop this is a native of Japan and is a trailer. All the literature and websites I have read says this plant flowers in the Autumn so I may have to wait until next year until it flowers as I think it may be to late to see the flowers next year. 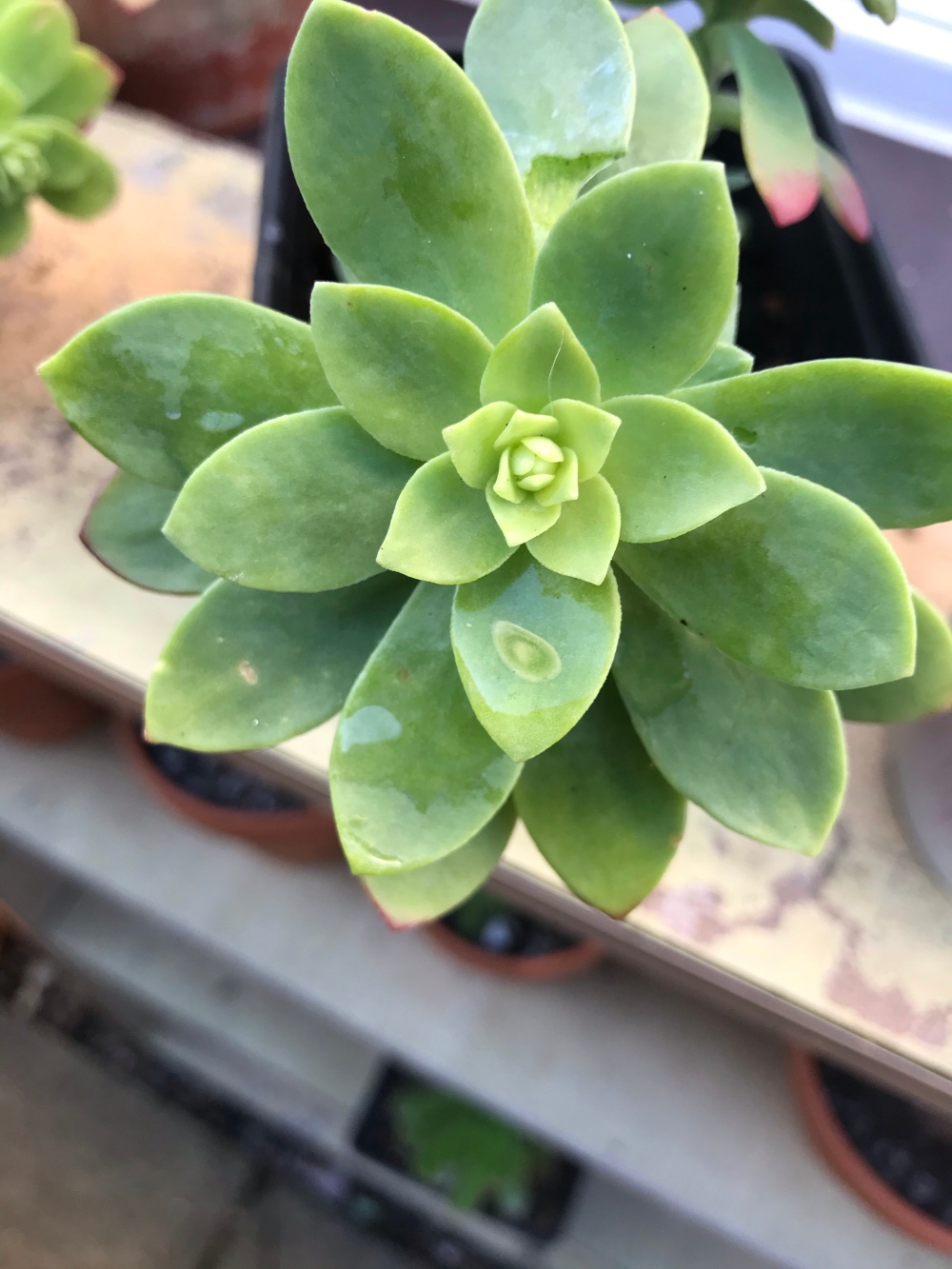 Another Sedum that shows great growth at this time of year is Sedum Palmeri. This is not as hardy as some so I grow in pots but leave outside beside the house to get some protection. This plant will flower as early as February and will produce candelabras of yellow flowers that lift the winter gloom. I think this photo also shows the versatility of the colour green in the garden. Subtle changes in colour and shade brings out the vibrancy of leaves at this time of year.

6. One beast of a Borage Plant 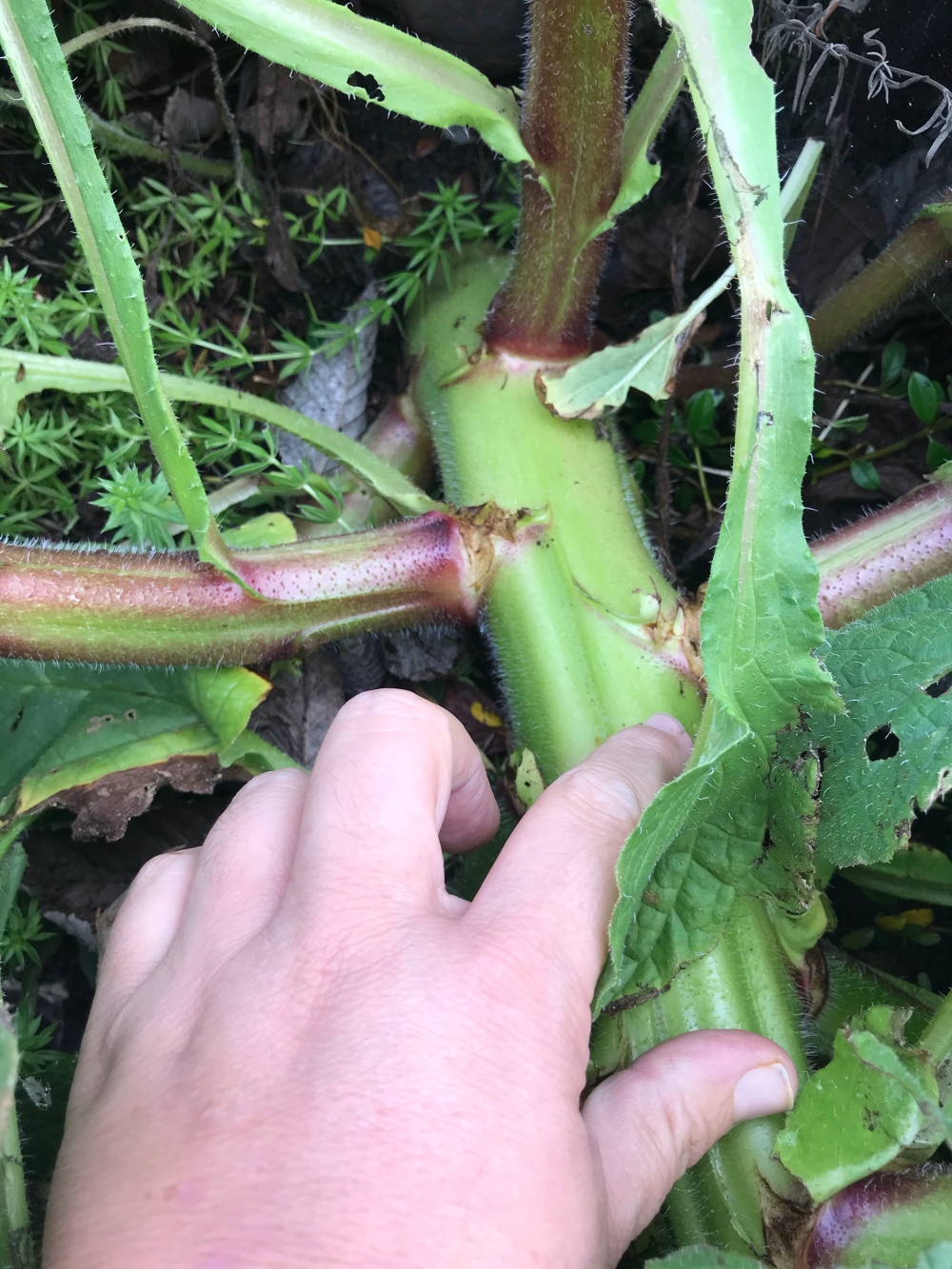 This plant is just huge. The photo doesn’t do this justice. The stem must be at least 6 inches in diameter and just keeps growing.

That is my SOS.

It’s a little bit late because of the Rugby. Disappointed with the result but the better team won well done the Springboks.

If you want to write one it is not that difficult. As always to find out how six on Saturday works please follow the following link The Propagator. The don of Six on Saturday.