Hello and welcome to this weeks SOS.

This week the weather has been pretty changeable which is ok because there is not really much to do in the garden other than tidy up small bits and pieces here and there.

With the country going from one crisis to another crisis I am so pleased to have my garden to go to. The Alliums are pretty spectacular at the moment and I can spend 20 mins just standing there looking at the bees gorging themselves on the pollen. Oh what it would like to be a bee at the moment. No politics, no furlough and no worrying how long your job may last when you get back to work . 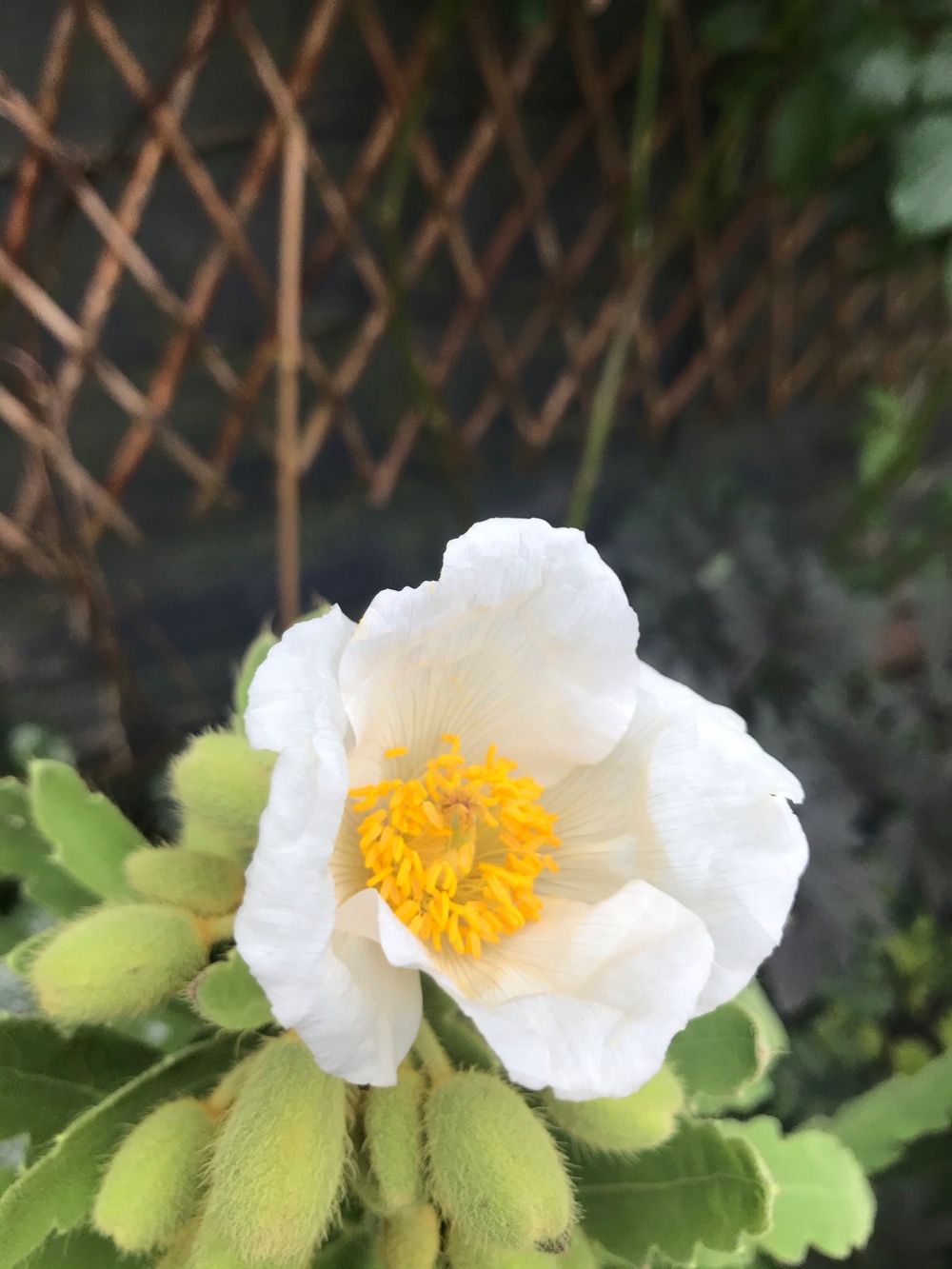 I fave our a silent whoop when I saw this had finally flowered. I had bought 3 Meconopsis varieties at Branklyn Gardens last year and only this one has survived. Ir had been threatening to flower for weeks. As you can see this has loads of buds there must be at least 40 to 50 buds. It’s going to be inter to see how many open.

I have only bought a couple of plants for the garden this year and this was the one I bought as soon as the garden centres reopened. I have planted this in a large terracotta pot and have put it in a large shady protected area so it didn’t get battered by the wind a couple of weeks ago. It seems to be doing pretty well there so O am just going to leave it there. 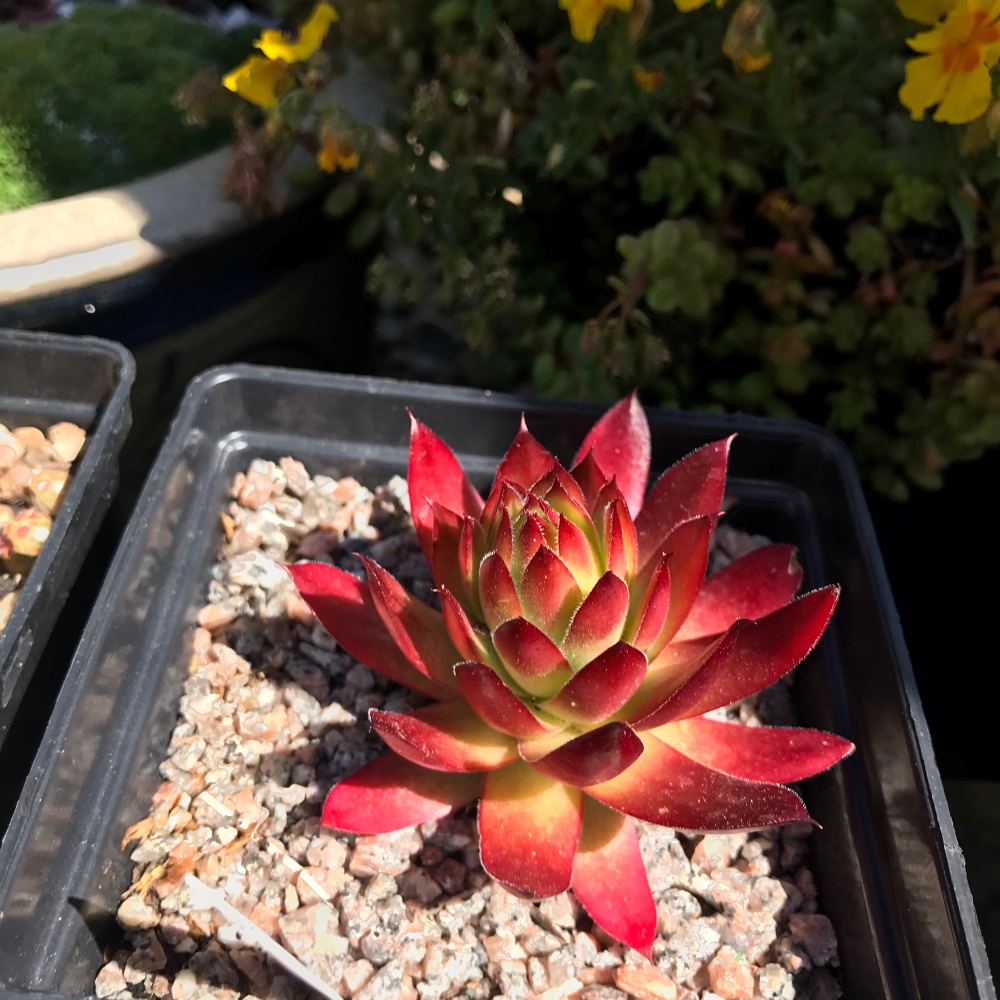 I took this photo a few weeks ago and have been meaning to post it for weeks and I haven’t had a chance. You can see why it’s called Orange Glow from the photo. At the moment it is forming a death bloom. It will produce about a six inch higher stalk and funny look of flowers on the top. The flower stalk of a Sempervivum always looks weird and reminds me of the Alien bursting out of John Hurt on Alien (not that I my self have seen the whole clip as I am far to squeamish). It is called a death bloom because after it flowers the rosette will die. Thankfully Sempervivums are monocarpic and will produce babies. Unfortunately however I can’t see any babies on this one but luckily I have got a spare plant so hopefully this will produce some. 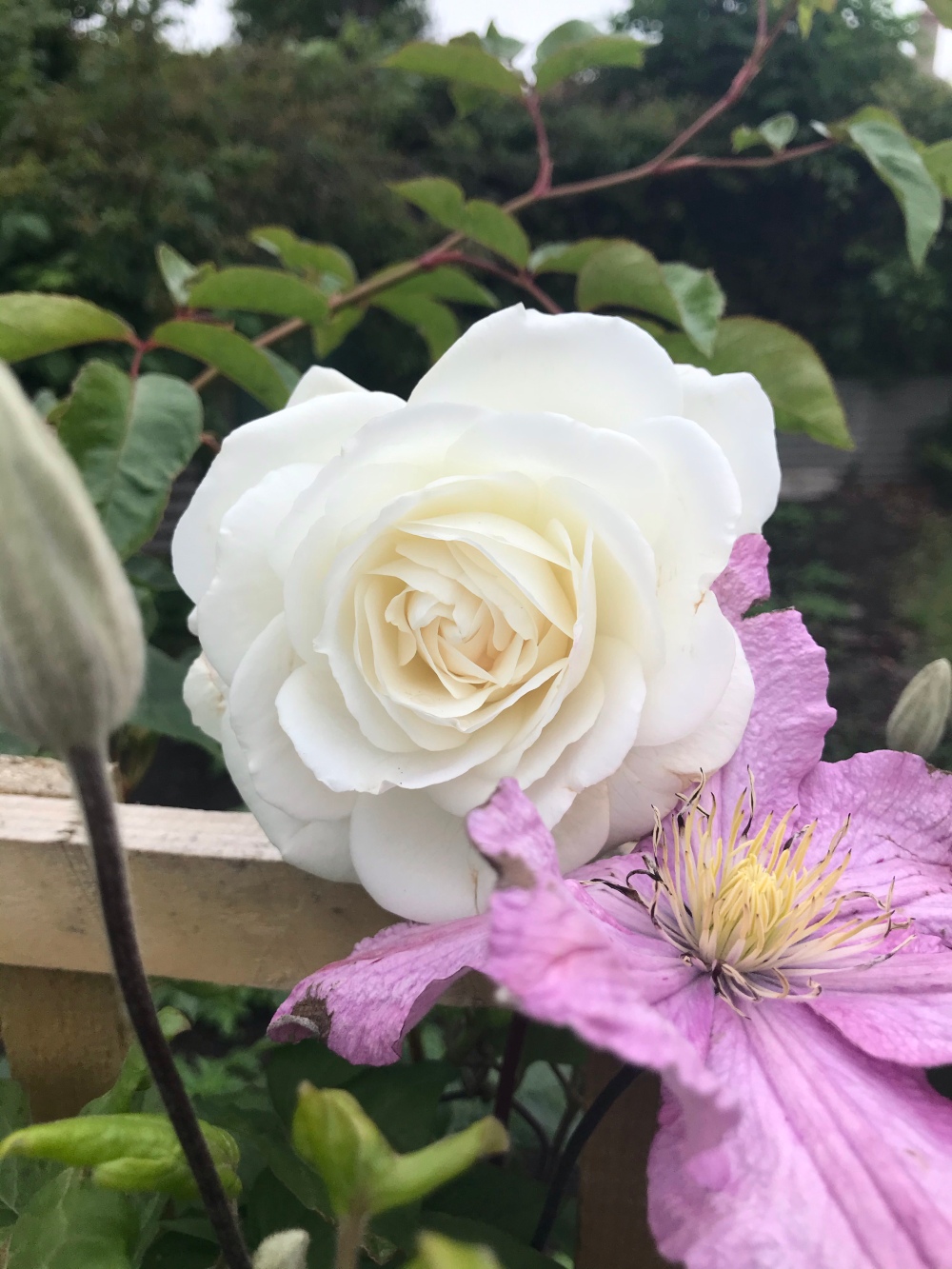 I bought 2 cheap climbing roses the beginning of last year, Iceberg and Golden Showers. Both are doing well but are susceptible to black spot. I have these on a Trellis and they are doing well. This one has more blooms and most of them can be seen on my side of the Trellis. Unfortunately the same can’t be said about Golden Showers as all the blooms are on my neighbours side. The clematis is Madame Bouchard. I particularly like the mixture of a rose and clematis and think they make good partner plants. I was surprised how well the photo came out as we all know how difficult it is to take a photo of a white flower.

5. Erysium Red Jep (except it is Jumbo Orange) 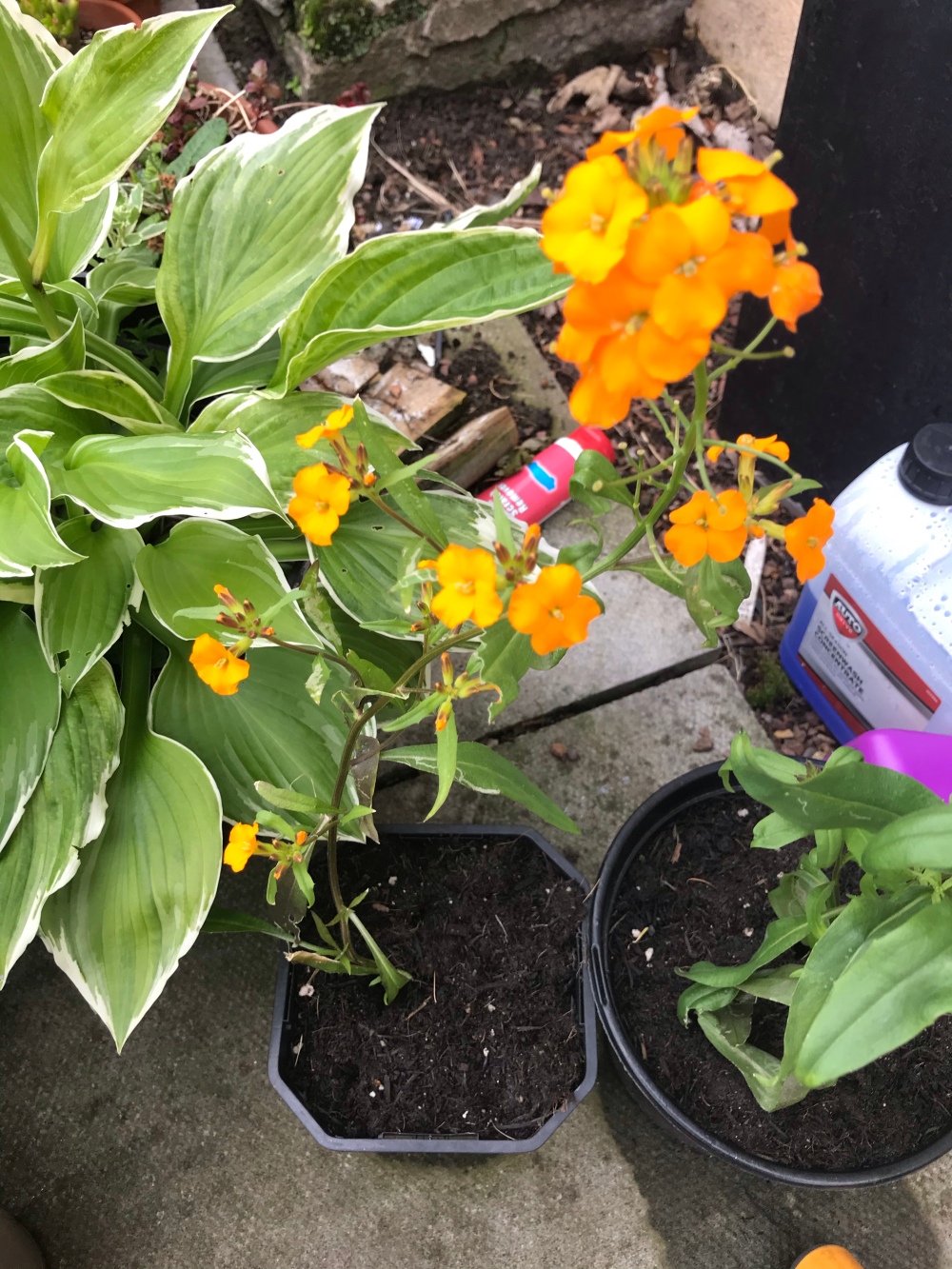 I grew these from seed and they definitely had Red Jep on the packet but as you can see they are Jumbo orange. I have a question as it is flowering now on one stalk will this affect it from busing out more next year? I will be leaving them in the pot until next year. 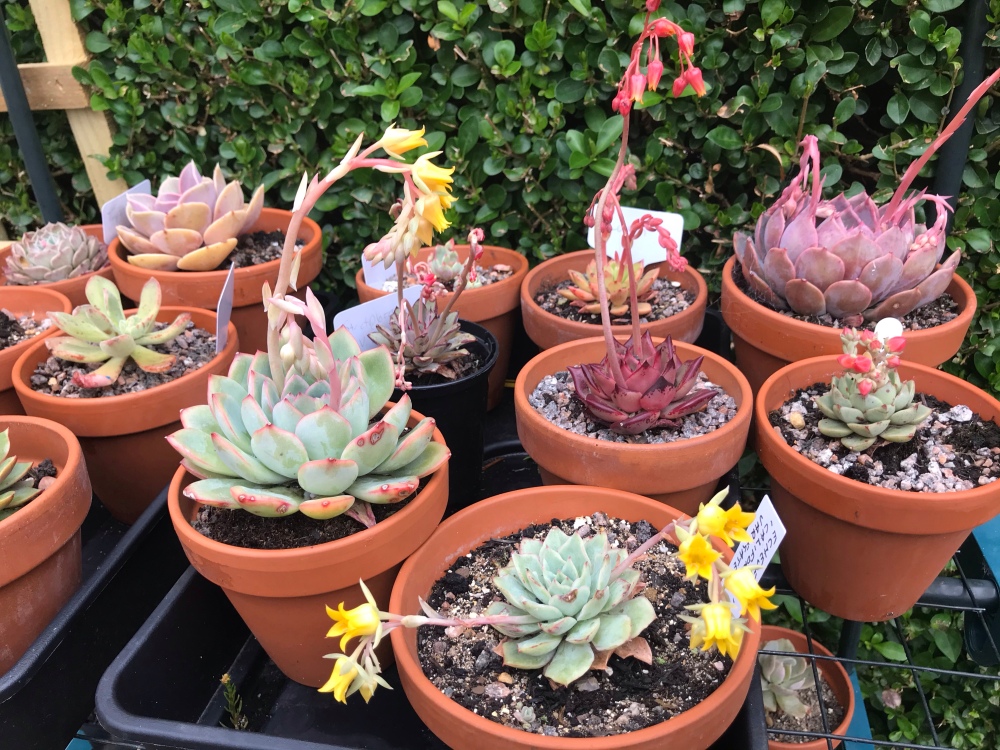 This is a just a small part of my collection of Echeverias and as you can see most of them are in bloom. They are loving the rain at the moment but as these grow in arid conditions in the wild I check for the signs of rot on a regular basis. I have been pretty strict with myself during the lockdown and I have not bought any new plants. Partly to save money and partly because I am running out of space to put these in the winter .

That is my SOS for this week.

If you want to write a SOS blog it is not that difficult. As always to find out how six on Saturday works please follow the following link The Propagator. The don of Six on Saturday.

Until this week goodbye.