Hello and welcome to this weeks Six on Saturday.

Well it’s official it looks like I have got at least another 3 weeks off work which is understandable because we are currently living in a dystopian fantasy world at the moment. So that means that I get to spend another 3 weeks in the garden. My garden has never been so organised but as always I am still finding things to do. The only spanner in the works is the lack of rain. After the deluge parts of the country have had I feel a little guilty for saying that. Every night am having to water different parts of Eve garden. It must be at least a good 6 weeks since we have had any meaningful rain up here.

These Tulips are flowering for the third year and as you can see they still put in a show. They are planted in one of the small borders at the front of the house and seem to be doing wells. They are growing in numbers every year so hopefully they will continue to flower for a few more years.

This tulip did not flower last year for some reason and TBH I forgot I had them. I found the bulbs in a corner of the shed so planted them in the raised bed outside the shed. They should open their weekend but at the moment I am enjoying the Rhubarb and Custard colours.

After watching a feature on Gardeners Word last year about planting layers of bulbs in a plant lot I decided to give it a go. Unfortunately as you can see it looks like it may have been a disaster. I think I the pot I used was too small. I haven’t given up hope her but next year I think I will just plant these in a single layer.

I bought this variegated Aubrieta in May and couldn’t. Find anywhere on the garden to plant it in a prominent position to plant it so I planted it in a pot with this Double Primrose and its turned out good. I have placed the pot next to the table on the patio. I will take some cuttings and grow them on and plant them in any spaces I find in one of the small borders in the front of my house. 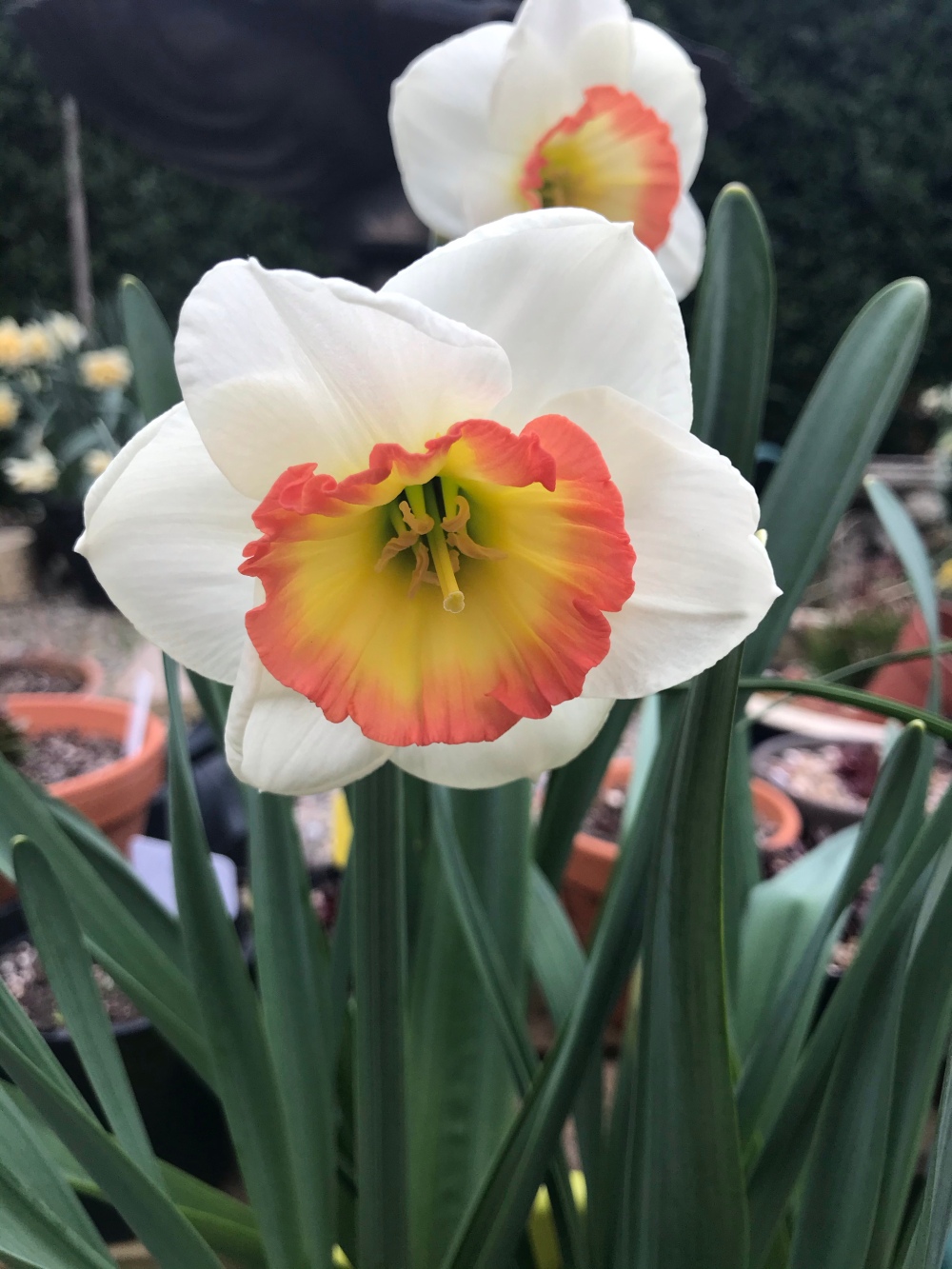 I wrote last week that 2 of the 4 varieties of Daffodils I bought last year form Farmer Gracy were the wrong ones. I tweeted Farmer Gracy the one I featured last week to ask them what variety it was and they identified it as Professor Einstein. They also gave me a voucher for the amount of the bulbs sent in error which I didn’t really expect as I was happy with the ones they said. Of course I have not refused the voucher and I will try to order the correct ones this year.

After the disasters of overwintering Aeoniums last year 2018/19 it looks like I have learned from that and my Aeoniums seem to be doing well. This one is coloured a nice green which has thin brown stripes in increased sun. It produces off shoots freely and whilst it is not the biggest Aeonium the rosettes are a fair size and has lots of leaves.

That’s my six for this week.

f you want to write a SOS blog it is not that difficult. As always to find out how six on Saturday works please follow the following link The Propagator. The don of Six on Saturday.

Until next week goodbye and stay safe.