Good morning and welcome to this weeks SOS.

I have been on holiday this weeks so I have been of course spending lot of time on the garden. I attempted to tidy up the shed something I have to been wanted to do for a while. I bought some shelves from Homebase but unfortunately my sense of size let me down again as one of the shelving units was too tall. Luckily I could split the unit into 2 something I was always planning on doing……at least that is what I said to my Nephew Tom who was helping me. Now I have shelves unfortunately they are messy shelves. I guess I will have to tidy them up later but little shelves.

Other tasks this week has included putting my cold frame into storage for the warmer months, transplanting a Clematis, moving some unused sleepers, moving some Hosta from a damp border into pots and a general tidy up.

Here is my SOS.

1. Beware of drought conditions in the east of England 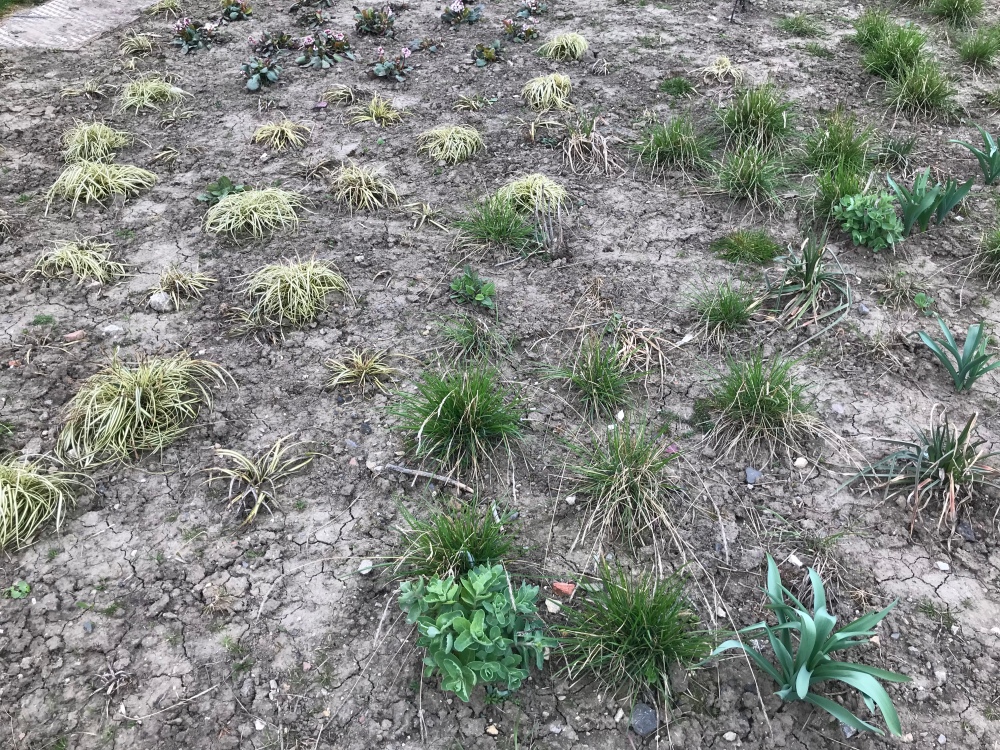 I went for a day out in Whitley Bay in North Tyneside on Tuesday at the Spanish City. The Spanish City is a legendary building on the coast and was built at the turn of the 20th century and was famed for it’s fun fair and main building which had a huge dome. It closed 20 years ago but after investment for the Heritage Lottery Fund it reopened last year. A lot of work was carried out landscaping the gardens outside. As you can see one of the perils of gardening beside the North Sea is the dry conditions. We always get less rain than other parts of the country but it is also made worse by the wind that comes blows down The North Sea from the Arctic and acts a a drying wind.

I went to see James in concert at the Usher Hall in Edinburgh last week. I have been a fan ever since the 90’s and have been lucky enough to seen them 6 times in the last 10 years. These caught my eye when I was looking around the merchandise stand and saying “how much”! Seems a bit of a gimmick but I will give them a try. I bought 2 and will be distributing them soon at areas TBC. 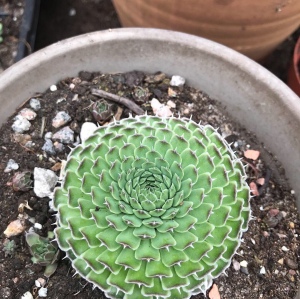 As some people will be aware I have a fascination with these succulents. I bought these ones last year and they when they were fairly mature and managed to get 20 babies off of them. They are slow growers and you need to be patient but you patience will be rewarded with these amazing symmetrical patterns of concentric circles. After a dormant winter when they turn grey they burst into life in the spring. A native of places like Mongolia and Serbia they will withstand very cold weather but like to be kept dryish. Hopefully these 3 will flower this year and produce more babies. They are monocarpic like Sempervivums and they die after they flower but live on in their babies. 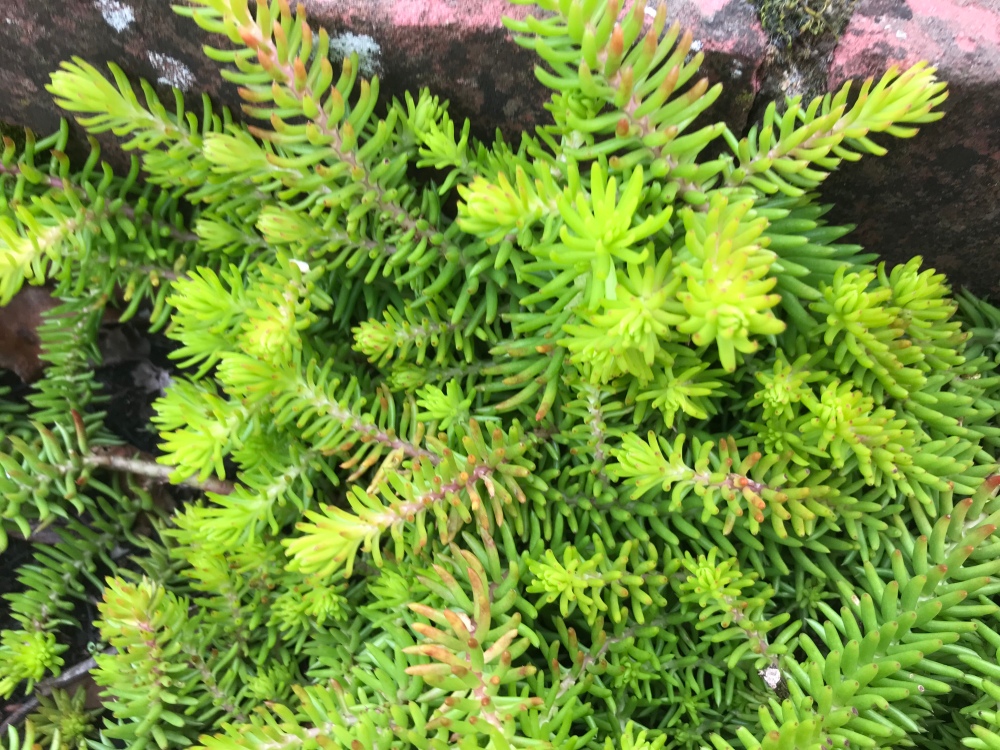 A somewhat over looked Sedum/Stonecrop probably because it can be intrusive. By kept under control in a small border it rewards you with a wonderfully kaleidoscope of green, yellow, orange and reds. It changes colour throughout the season. This one is in a small border about 4 inches across. 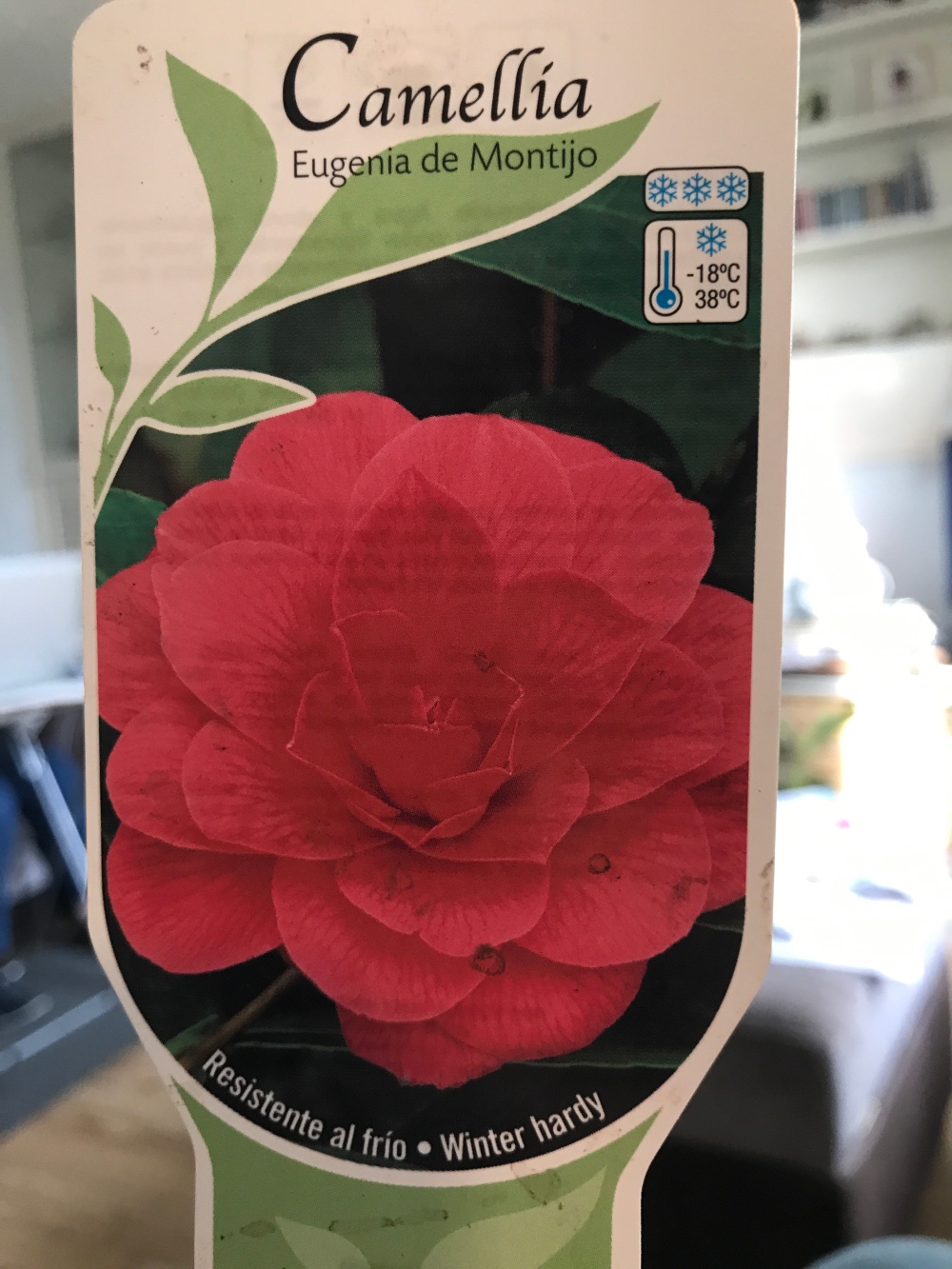 After some Camellia envy I have taken the plunge and treated myself to my first Camellia. I have planted in a shady place and with a heap of Ericaceous compost. Any tips would be gratefully received. 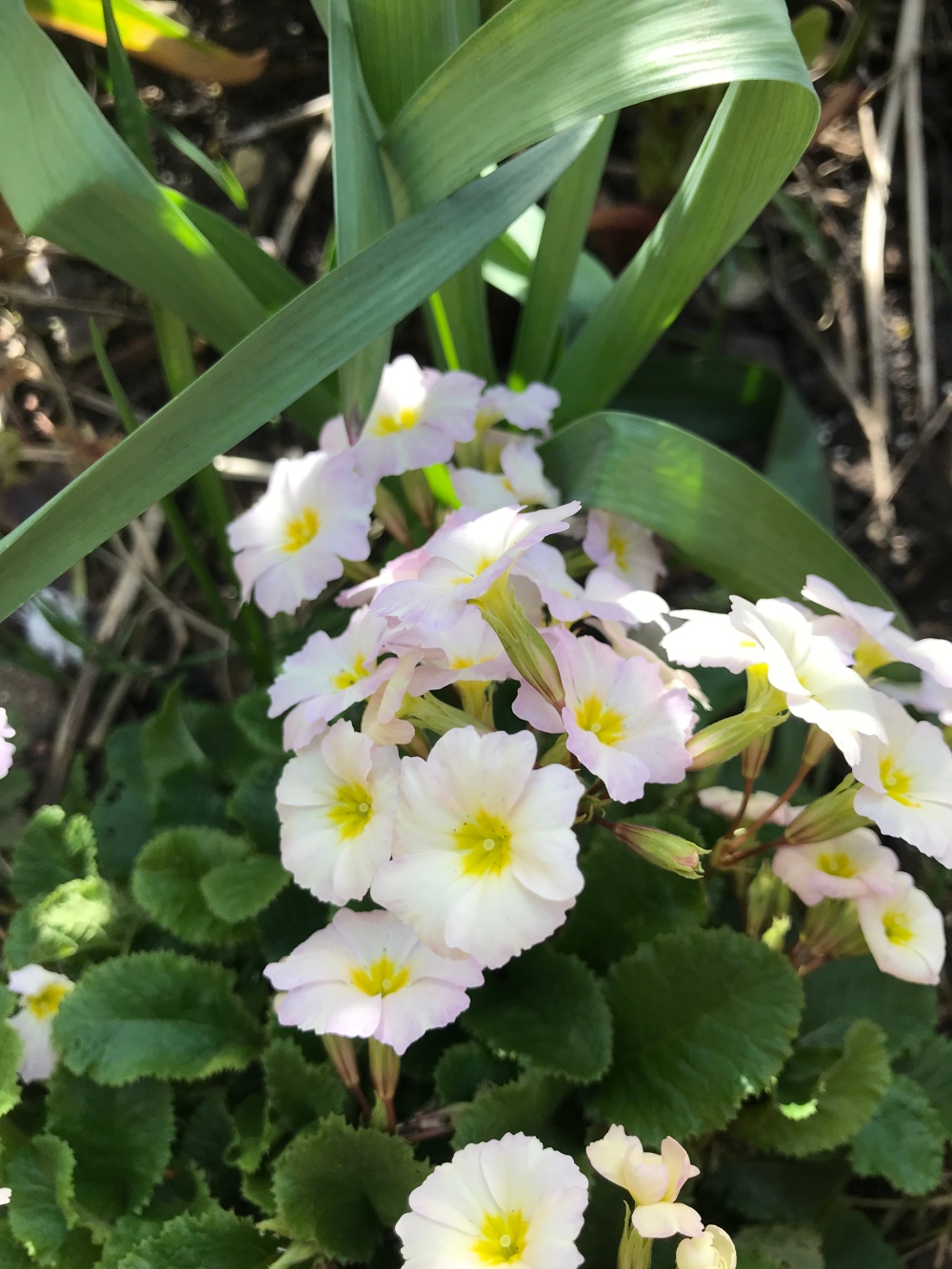 A Irish primrose this is a prolific old fashioned flowerer. A white flower with hints of light pink in on the edges of it. This was rescued in the bargain corner of a garden centre last year. It is growing that fast it will be ripe for dividing in it’s first year.

That is my SOS for this weekend. I hope you have enjoyed it. I away for a boozy weekend in York this weekend so there will be very little gardening for me but will make up for it next week because the nights will be longer after the clocks spring forward this weekend.

As always to find out how six on Saturday works please follow the following link The Propagator. The don of Six on Saturday.